Joined Dec 7, 2009
·
66 Posts
So I am sure this has been asked before, but I recently picked up a Bandit 1200 and I am in the process of upgrading the front end. I have three goals.

change out the front forks to a more modern set up with better brakes and handling.
retain the factory gauge cluster & speedometer
use factory suzuki parts if possible so that custom triples aren't needed

I have been looking about, but I don't see any Bandit specific posts about how to go about this using factory parts with out the purchase of high dollar triple trees. Most of the conversions I have seen use the current forks with the Monoblock brake set up, but I don't see mention of how they run a speedometer or if it is possible to retain the factory speedo. Any advise or suggestions with pics and specifics on how to perform the task would be much appreciated.

Joined Mar 22, 2009
·
7,580 Posts
100% of the swaps to modern forks I have seen revolve around swapping the steering stem from the Bandit bottom triple tree to the one associated with the desired fork set. This is either accomplished by it being a stock Suzuki setup (busa, TL, GSXR forks) and the stem either swapping directly, or a thin collar being machined to take up the space of the likely smaller Bandit steering stem.


As to the speedo thing, most people find an aftermarket unit that needs a magnet pickup (the brake rotor bolts work great for a small round magnet mounting point) and runs the speedo wiring from the pickup to the gauge on the bars via the brake line routing to keep things clean and unnoticed when you have an electronic speedometer conversion.

Early 90's GSXR USD's, some, had a cable operated speedometer and a Bandit wheel fits in with a custom spacer on the brake lever side of the bike. The brake calipers bolt right up too. Just needs the stems swapped directly over.

Not sure who's this is, just found on google images, but its got the speedo drive cable, as said, it's a pretty direct swap. GSXR1100 and 750's from the early 90's sported these forks.

Joined Nov 6, 2007
·
3,040 Posts
You can probably get better springs, emulator valves, 4-piston calipers with upgraded pads, and a nice M/C for your stock setup and meet most of your criteria for less money than a different setup may cost you.

hate us cuz they ainus 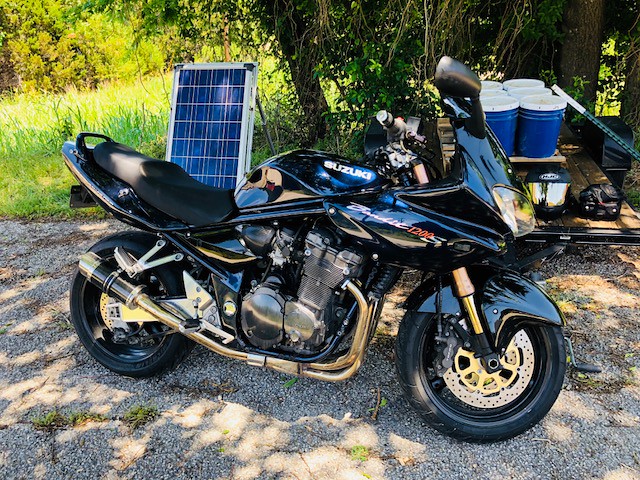 Joined Jun 19, 2018
·
5 Posts
This was not an easy project, but not hard either. If anyone reading this and wants to do the same - PM or email me and I'll give you a play by play of what to do.

1. Have the correct parts
2. Have a bearing press
3. Ensure you have a base to hold the triple tree(s) secure. You will not be dealing with a flush/flat lower triple tree. There are casting nubs that will interfere with what your doing. I ending up machining a custom plate from 1/2 in (12.7mm) armored plate (don't ask).
4. I used a metric deep well socket for the business end of the bearing press.
5. When pressing out the steering stems make damn sure you press it out correctly. From the inside out - not the flush side - if you do your screwed.
6. it's real important you support the ALLOY steering triple tree during this procedure. They are not steel and will warp under the high pressure of the press - I know..trust me...ugh.

First, anyone who quotes "it's just a steering stem swap" is deserving of a fist punch to the Jimmy - Why, because they obviously never did one!
Click to expand...

That's pretty much all that's required to get the new bits to fit on. What new bits you put on, and how much you pay for them, is up to you.

Joined Jun 19, 2018
·
5 Posts
For my daily driver needs I'm really glad I did it. The little things like upper steering yoke needing a custom bushing (upper bandit stem is about .060 under size to the Hayabusa yoke), the steering lock not lining up, or the brake lines needing re-routing (slightly) were unforeseen challenges. Took me three days overall and really happy with the results. This is my first Bandit and I was surprised at the power, but as my urban assault vehicle for Central Texas the handling needed a nudge.

Learned a lot during the process and just wanted to highly recommend it. Know if only I could step down the rear seat about an inch. I did buy some drop links, but they don't look very heavy duty - recommendations?

Will Tig For Food

I just picked up the cleanest first gen B12 I've seen in a hot minute it so happens.

Following the Fork chart, it looked like the difference in length wasn't but a few mm, but the builds I've looked a suggest it's a couple inches.

Which is correct? I'd very much prefer using what I have if possible.

Also, I can't find information on the length of the front swinger at the pivot for brainstorming possible swaps on the back end.


Fwiw, raising the rear shock mount while keeping the geometry is not a problem if my front forks end up being too short. I fab for a living so the metal work is locked down.

Thanks for the help guys, as soon as I start piecing it back together, it's tore down to the frame, I'll start a build thread and actually contribute instead of lurking for 5 more years lol

Joined Jun 19, 2018
·
5 Posts
For my rear shock swap I modded the OEM drop links (increased length .40in). This will give you the travel you need. The original OEM's installed with my Hayabusa shock raised it 1.5in and was a bit to much for my inseam.

Note: aftermarket drop links were for lowering a stock bandit 1-3 inches - does not work when lowering with a different shock 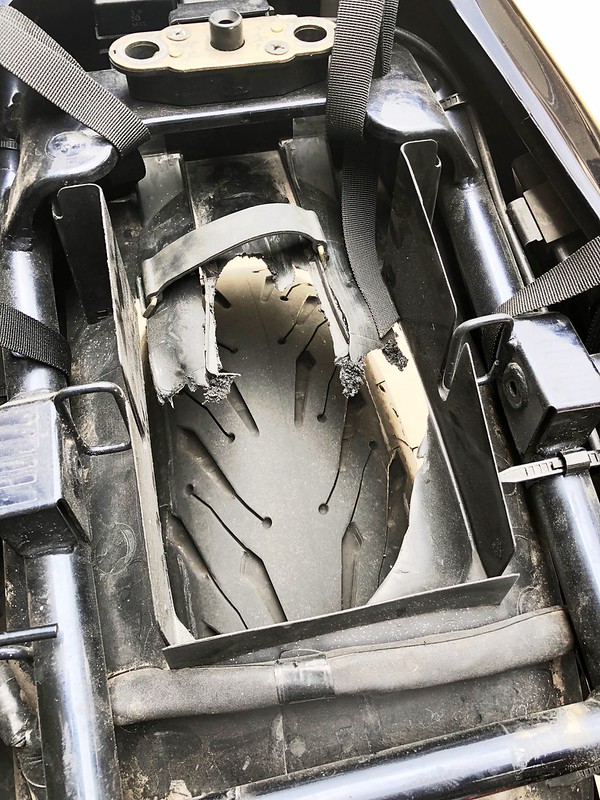 2004 Suzuki Bandit with 1in aftermarket lowering drop links. Does not work with a Hayabusa shock swap. by Matthew Darbro, on Flickr 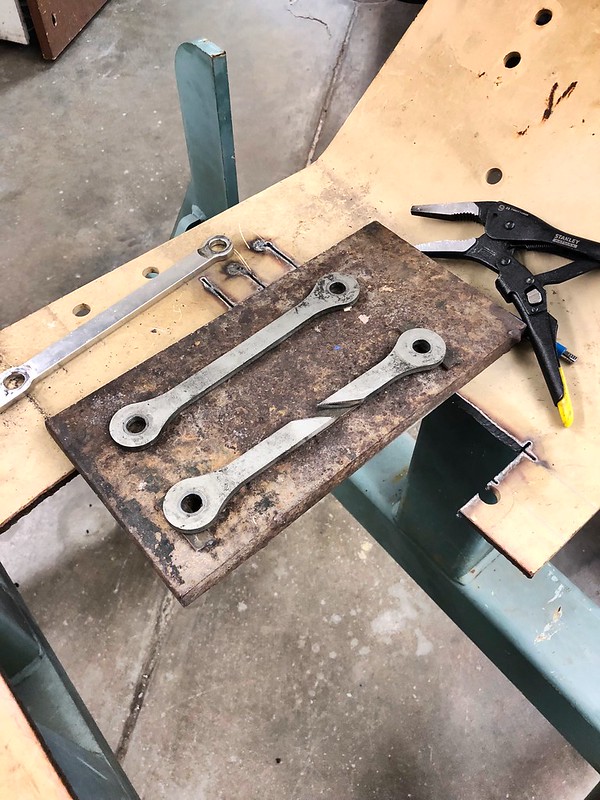 What did you do to get the stem to fit in the top triple tree how much did it lower your front end
1 - 15 of 15 Posts
Join the discussion
Continue with Facebook
Continue with Google
or sign up with email
About this Discussion
14 Replies
11 Participants
Last post:
Lostbof 5 mo ago
Custom Fighters - Custom Streetfighter Motorcycle Forum
A forum community dedicated to Custom Streetfighter Motorcycle owners and enthusiasts. Come join the discussion about performance, modifications, builds, classifieds, troubleshooting, maintenance, and more!
Full Forum Listing
Explore Our Forums
Member Project Bikes General Streetfighter Discussion New Member Introductions (For Noobs!) Streetfighter pics Streetfighter Help Needed!
Recommended Communities