Joined Nov 11, 2012
·
3,697 Posts
been out for a couple of hours on the big old GS bus, after fitting new plugs, finishing off stick coil harness and final fiddle with carbs, now runs sweet, got home just before the rain started which was a bonus.
looking forward to getting the EFE sorted and swing arm fitted, onward

Joined Nov 11, 2012
·
3,697 Posts
As i was going to get an Ignitech quick shifter for my EFE build, i thought it rude not to get one at the same time for the big bus, especially as she is already fitted with an Ignitech TCIP4 ignition pack.

had a look see last night on what i needed to do fitting wise, looks to be very simple, almost "plug and play"

Joined Nov 11, 2012
·
3,697 Posts
almost sorted, need to work out a route for the wire and where to position the waterproof connector.

Joined Nov 11, 2012
·
3,697 Posts
been doing a bit of testing, started off with the recommended 40ms off time, worked but seemed a bit clunky, so after a little bit more distance to see if i got used to it, i came home and set it to 45ms.

now much better, not perfect, but much smoother.

going to have to get used to being firm on the change, as i found i missed gears if i wasnt!!

will be riding to work tomorrow if weather is good to add some more miles, but liking it from the off.

1) changed the Q/shifter kill timing to 50ms, now spot on and very happy with its performance.

2) whilst i had the laptop out to program the Q/s i tried some different setting on the Dash to sort the gear position indicator, no luck, still crap!

3) to top it all off, out on Sun, bike wouldnt start after re fuel!! just clicking from start relay, AA confirmed 12.2v in battery, jump start and ride back home, battery on order, will check charging system once new battery on bike.

Joined Nov 11, 2012
·
3,697 Posts
well she turned up today all the way from Sweden, all safe and sound and looking brand spanking new

Joined Nov 11, 2012
·
3,697 Posts
not done a lot to the old bus over the winter as i have been on with the EFE build, but she is in need of a small amount of fettling from last season.

need to sort dash, as the flat angle is ok for daytime riding, but cant see most of the readout once the day light goes!! so got to re mount it.

adjust the accelerator pump (coming on too quick)

need to fit new battery, as one fitted has given up the ghost and wont change!

started off with the dash, made a new carbon mounting plate, bodged a couple of steel plates and bobs your uncle, now mounted where i cant miss it, although it will now require either "boxing" in or a skirt making to keep things tidy and hide the wires.

will crack on with the other bits as soon as i get my new battery back. 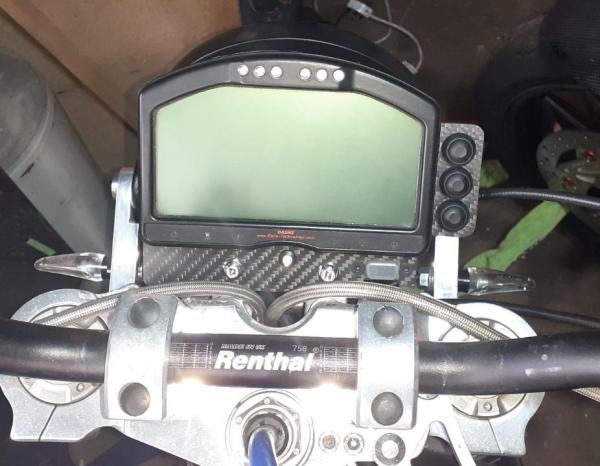 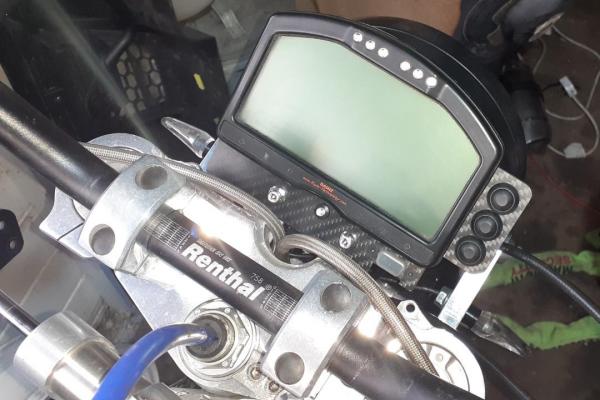 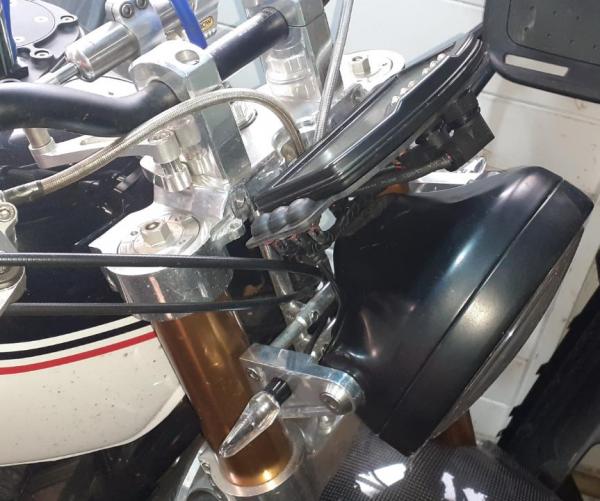 started off replacing the old worn out battery with a nice new one, quick job no1,

checked out all lights and electrics, No rear light or neutral, not a problem as i will be fitting the new number plate holder and lamp, so will be

playing around with the rear wiring anyway.

removed rear end and tail piece, found problem No1, crack in the base of the tail unit! will require some alloy angle brackets making and riveting in place.

problem No2 = ground wire from rear light has snapped and one of the live wires on a LED strip has parted. 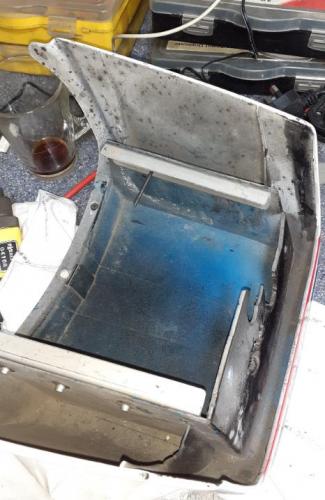 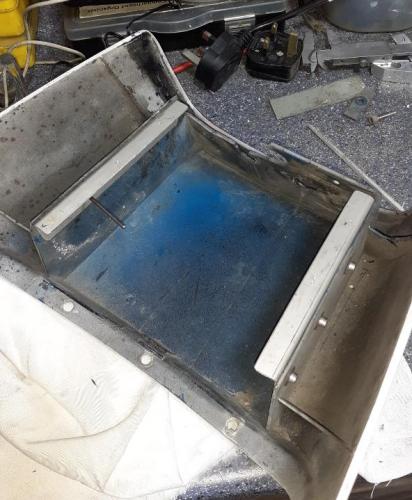 I will drill the brackets and re fit the tail piece upper.

job two was a bit of soldering and replacement of a LED, sorted.

job 3 the fitting of the new plate hanger was also not a problem, went on sweet, and then spliced in plate light, 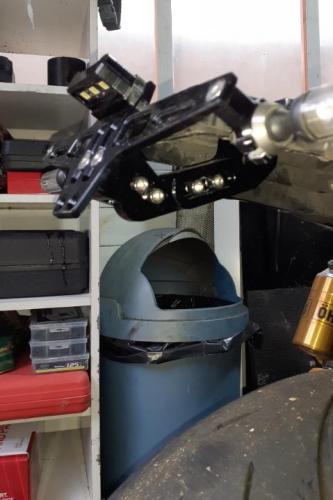 job 3, start her up after winter sleep, started first attempt

back together, still neutral light to sort yet. 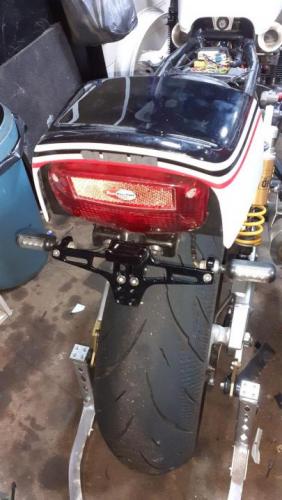 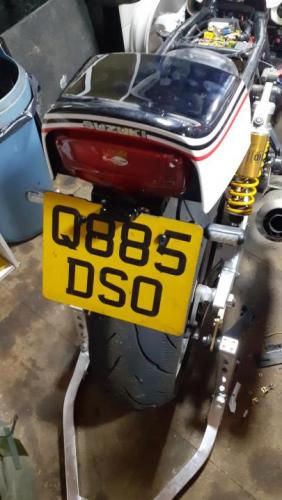 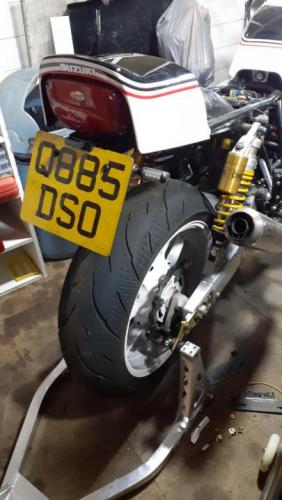 looks to be just the job 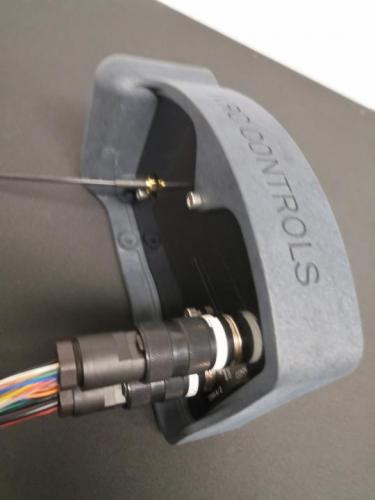 dash surround will be bolted to the flat plate. 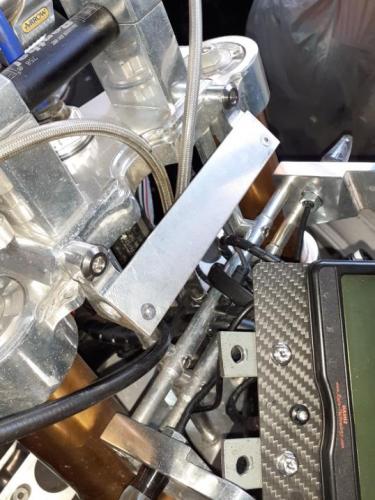 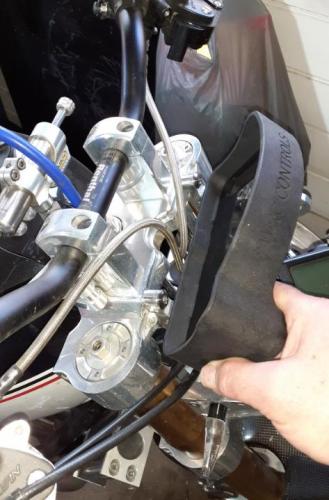 night time dash visibility problems with it from now on. 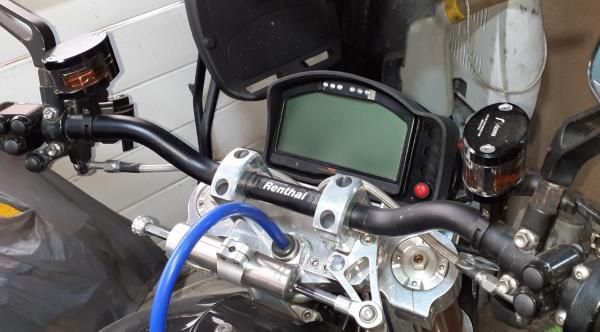 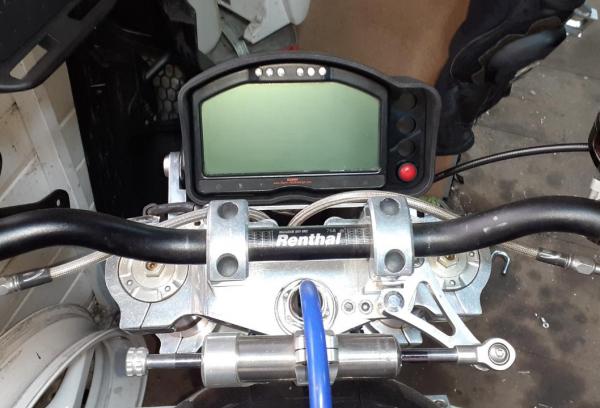 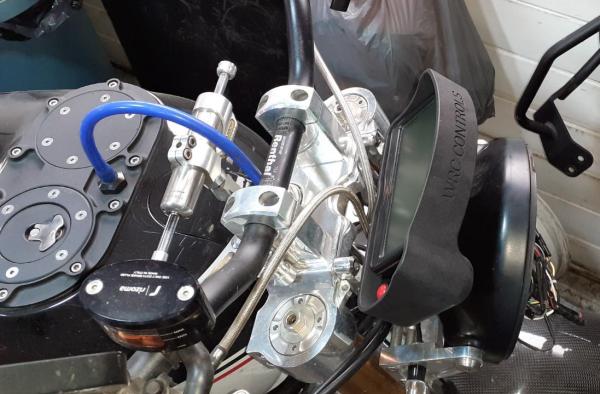 Always a treat for my eyes.

didnt need a forth button for the dash, so modified a spare one to be a neutral light LED holder,

checked her over, now to get her booked in for an overdue MOT 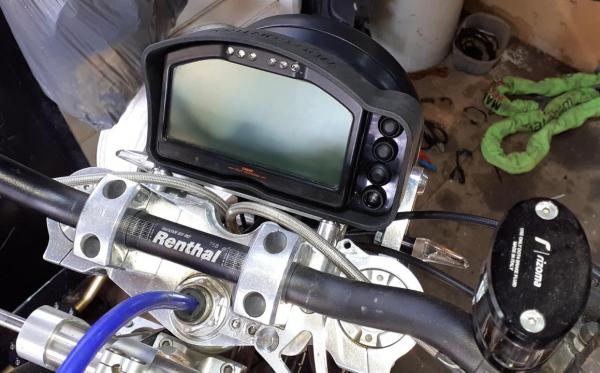 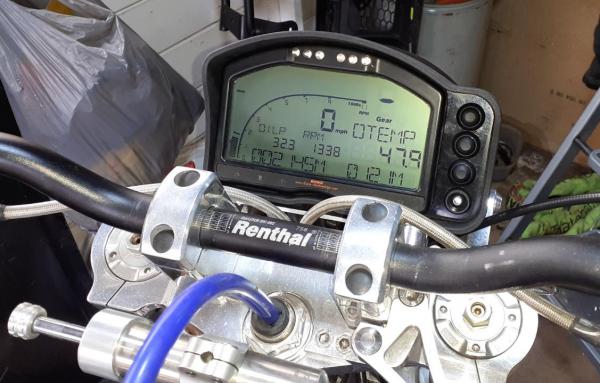